Trying to buy Christmas gifts for families who can't afford gifts. If you want to help out, you can send a gift card to this email. Any amount helps!!!
Email: giftsforfamilies@gmail.com
Donate here: http://amzn.com/B004LLIKVU
This is an independent project. This is not a charity or an organization. Just me, who wants to give back and can't afford to on my own.
You don't have to donate just share this. :) Not the best pictures because the can was in the front, so I can't see the screen when I take it, but whatever. I'm so excited, I hope the book it good. Which it will be :-)  the whole package came with the book, 3 bookmarks (which I needed!), and a nice card that congrats me. :-)  very sweet. Yaaay 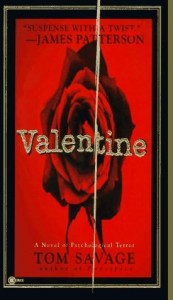 This book is just...WOW. So good! It's a little slow at first, because of the details. But once you get into it a little more it's sooo good! I could believe what happened at the end. Everything ties together so well, which is really difficult with mystery thrillers something. I recommend this to anyone who loves a good mystery. Definitely worth the read.

Jillian Talbot seems to have everything: a lovely home in Greenwich Village, a small circle of close friends, a handsome and passionate lover who has just proposed to her, and a glamorous career as a bestselling author of suspense novels. Her writing has captivated thousands of fans, but she has always been safe from the terrifying scenes she creates. Until now. Somewhere in the shadows of New York City, someone is watching her. He knows her every move, her every fear, almost before she knows it herself. He is as devoted as a lover, courting her in his own mysterious way - leaving notes in her mailbox, gifts on her doorstep, messages on her answering machine. His motives are as cryptic as the name he goes by: Valentine. But his intentions are deadly clear. For Jill Talbot, the terror has just begun. Wherever she runs, he will find her. And soon she will meet him on his terrible day of judgment. His triumphant day. Her darkest day. Valentine's Day.

All this reading makes me want to finish my book.

I've been working on this book since, like...high school and I've never finished it.

I'm a physical book kinda gal. I like turning pages and knowing I'm getting closer to the end of the book. With eBooks I don't get that. I don't know, maybe I'm not a eBook kind of gal.

The Saucer by Stephan Coonts

Just finished this awesome book. It's definitely a favorite now. I love the way it was written. It kept me on my toes for sure. It takes a little time to get into and to memorize the characters, but all books are like that. I really loved it!!! I can't wait to buy the sequel and see what that is all about.

Description: After 140,000 Years...
Seismic Surveyor Rip Cantrell has made an exhilarating discovery-a flying saucer embedded in the Sahara sandstone. Buried for eons, it's not the invention of modern man. Computer-equipped, it can't belong to ancient man. Rip's betting his life on the only alternative. If the ship's memory bank holds the proof he needs, it's going to rock civilization, and make Rip a very famous man.

Its Time Has Come.
Once the secret's out, Rip's outwitted by an enterprising billionaire set to steal the saucer's profitable technology-and outnumbered by the Libyan army looking to lay claim to history. But it's in a skeptical UFO investigation team that Rip finds an unlikely ally: test-pilot Charlotte Pine. Together, they come up with a plan to protect the saucer's secrets.

But Where In The World Is It Going?
Under a hail of bullets, in an exhaust of white fire, Rip and Charlotte are off. Accelerating on a fantastic journey across continents and oceans, they're about to experience the mystery of what once was, and explore the possibilities of what could be, on an adventure 140,000 years in the making. Read this book a while ago, but it was the first book in a while that I have read all the way through. So I have to tell you all about it. This book is very addicting, each chapter leaves you wanting to read the other. Which is what a book should make you want to do. This book should be a fun read, by no means is it a literary masterpiece. It should be read when you want to read a big-ish book, but playful and compelling. If you love soup operas then you'll definitely love this book.

Description: This is the novel that everyone in Oakdale is talking about.

This is the scandal they can't ignore.

It's a major event in Oakdale -- a black-tie gala honoring the Marron family's fifty years of support for Oakdale's Memorial Hospital. But high spirits are cut short when patron of honor Gregory Marron Jr. is delivered in his limo dead on arrival, from an apparent heart attack. Three women in the crowd have reasons of their own to suspect murder. . . .

Event organizer Katie Peretti never understood her boyfriend Mike Kasnoff's reasons for not attending the party -- until now. Wrongly implicated in a crime against the Marrons, Mike served a stiff sentence, and has nursed a simmering rage ever since. Maddie Coleman, the teenaged sister of the limo's driver, Henry, knows that her brother owed Marron thirty-thousand dollars. She also knows he couldn't pay him back, and had only one recourse for permanently erasing the debt. Carly Snyder's suspicions are more personal. The wife of police detective Jack Snyder, Carly was one of Marron's mistresses. In a heated moment she wanted her shameful past dead and buried -- a wish her husband possibly honored.

Now Katie, Maddie, and Carly, each of them desperate to protect the man they love, are crossing paths in an investigation that's uncovering more poisonous secrets in Oakdale than they ever imagined. The means, motives, and suspects are shifting with each new twist -- and one of these determined women may not live to see the killer revealed.